The Xi'An are a long-lived reptilian species mostly found within the Xi'An Empire. 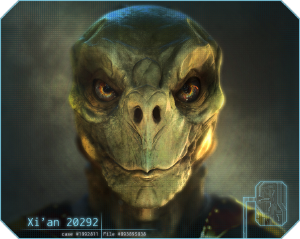 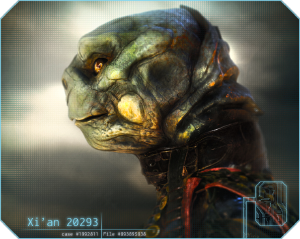 Xi'An have certain formal social rules that apply during the first several meetings, and yet most Xi'An are forgiving of errors, usually appreciating the effort made to learn their customs. Even when a Xi'An is offended, they will typically just become distant and curt, as they believe displays of anger are immature. After several meetings, these rules no longer apply, and Xi'An typically become very forthcoming and relaxed.